Steps For Freshers To Ace An Interview - Oneweeknoticeperiod.com 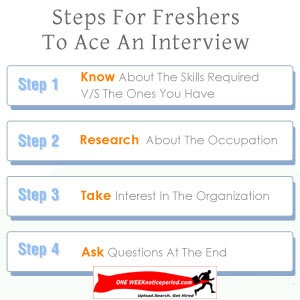 Oneweeknoticeperiod.com is a unique Job Portal that bridges recruiting gaps between Jobseekers and Employers. It's our endeavor to facilitate Job seekers to find the best Jobs and also facilitate Employers to find the Best Talent in the Fastest Time possible, Ideally One week!!
With Over 1000+ Recruiters from companies across various industries have registered to our services to post their Jobs at Zero cost. 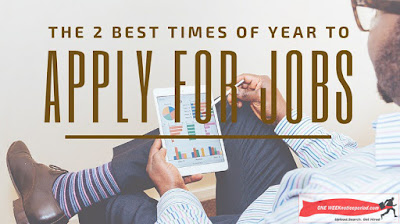 Is there a “Best Time” to look for jobs?

Yep, there are certain times in the year that are far better than others to apply for jobs. After finishing this article you will know the best times to apply for jobs, as well as the worst times of the year to apply.
We’re going to go month-by-month so you’ll instantly know whether you’re in a good or bad month.


Why January/February is the best time to apply for jobs:

The beginning of the year (January and February) is a great time for getting hired in most industries. In fact it’s probably the best time to apply for jobs all year in most industries.
January usually starts slowly as people come back from holiday vacations but by the second week of the month, things are running smoothly. Once that happens, hiring pick up pretty fast and lots of interviews start to happen.
This is the time of year when the greatest number of decision-makers are in the office together, so you can get a “Yes” much faster and start that new job you want!
Another reason these two months are so good: Companies usually get their new hiring budgets for the year in January, and a lot of the hiring activity that was delayed in November and December can now move forward.
So they’ll have a backlog of jobs that need to be filled, and you can come in and fill it!
Many companies also pay annual bonuses in December, so a lot of people wait until January to change jobs. Companies expect this so they look to make lots of new hires in January. One more reason it’s a great time of year to search for jobs.


March, April, and May are also good for a few reasons:

The surge in hiring in Jan and Feb usually keeps some momentum until summer arrives (more on that in the next section). So March, April and May are still great times to try to line up a ton of interviews and land a new job.
As you get closer to summers, companies feel more pressure to finish the interview process and hire somebody. So that can help you out too! This is because they know people in the company will go on vacation in the summer and it’ll be harder to finish up the hiring process.
Example: You start the interview process in early May. After a couple of rounds of interviews, it’s near the end of May, and two key members of the team are going on vacation next month.
They’re likely to rush to finish the process with you before they leave. Normally they might drag their feet and put it lower on their list of priorities (if you’ve interviewed enough you’ll know that sometimes companies take FOREVER to finalize things).
This won’t always happen but it’s a likely scenario that can work in your favour. Obviously each company is different and it’s entirely possible a hiring manager will say, “Let’s finish this up as soon as I return from vacation.”


Why June, July, and August are bad times to job hunt:

The summer months are not one of the best times to apply for jobs. These months tend to see a drop off in hiring and interviewing. Managers take more vacations and it’s harder to get a team together to conduct a face-to-face interview.
Companies also fill many of their open positions during the hiring push at the beginning of the year (In January-May), so there’s less of a need by the time the summer months come around.
That doesn’t mean there aren’t any jobs to be had; you just have to search a little bit harder.
You might be able to stand out due to the fact that there are fewer applicants during the summer months. Because of this, it’s still worthwhile to do some job hunting in the summertime.
You just need a bit more patience to put up with people being on vacation and other delays. Don’t expect to finish the interview process and get hired in one week.


The reason September and October are great times to apply:

You’re probably starting to see a pattern here… hiring happens in waves. Summer was slow, so the early Fall speeds up. Especially as hiring managers return from vacation.
More interviews happen and there’s less downtime and waiting. The hiring process is smoother overall and you can get from start to finish faster.
Is this better than January and February? In most industries it’s a bit of a toss-up. We’d say it’s almost as good. If January and February are the best time of year to apply for jobs, this is the second best for sure!
September and October are great times to job hunt. Take advantage.


2 Big reasons to avoid most of November and December:

We don’t want this last piece section to discourage anyone from starting the job search and getting a leg up on the competition. Just know that November and December and typically pretty slow times if you’re hoping to get a lot of interviews and see job offers fast. Here’s why…
As November rolls around, hiring managers and HR departments start to put aside their hiring goals and save things for the beginning of next year. They get new hiring budgets in the New Year and less people are on vacation so it’s easier for them to wait.
People are lazier in the winter months in general. We are sure you’ve felt it… you have a few weeks before the holidays and you decide a few tasks can wait for the New Year. Unfortunately your job application might be one of those tasks for somebody else.
Also, late November and December are popular times for vacations so the hiring manager might not even be in the office.


Why the final two weeks of December is a good time to start applying:

Oneweeknoticeperiod.com is a unique Job Portal that bridges recruiting gaps between Jobseekers and Employers. It's our endeavor to facilitate Job seekers to find the best Jobs and also facilitate Employers to find the Best Talent in the Fastest Time possible, Ideally One week!!

Over 1000+ Recruiters from companies across various industries have registered to our services to post their Jobs and search our Resume Database at Zero cost.

4 Simple Tricks To get Hired Faster

Are you tired of your job and want a change? The job market can be brutal but there are some things you can do to land you that next job quicker.

Time your search right:
If you need a job right away, then you don’t have the luxury of waiting.  If you can wait, the big hiring months are January and February, and late September and October. Hiring generally slows down during the summer months because of vacations.

Show employers what you've done:
Skip the “goals and objectives” statement at the top of your resume. Employers get it, you want a job. What you should do instead is use that space to brag a little, or maybe a lot. Let the hiring managers know what you accomplished and how it will make you a better employee for them.  If you can, quantify your accomplishment, don’t be broad about your successes.

Clean up your social media:
There’s a good chance your potential employer is checking out your social media profiles. Some red flags are: provocative and inappropriate pictures, posts about drinking or drug use, bad-mouthing an employer, discriminatory comments, sharing confidential information, and having an unprofessional screen name to name a few. On the flip side not having any online presence at all can also be bad. So go get started on that LinkedIn profile.
Follow these tips and you’ll be one step closer to landing your next interview! 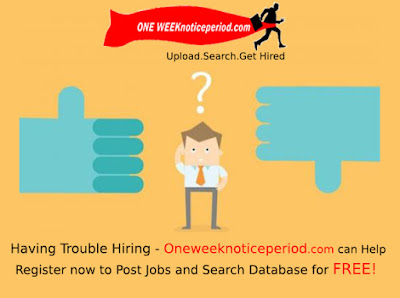